In this video, Dr. Cliff Olson gives his predictions for who he thinks will be the best Over-The-Counter hearing aid companies as we enter 2023.

Hi guys, Cliff Olson, Doctor of Audiology and founder of Applied Hearing Solutions in Phoenix, Arizona. And in this video, I'm gonna give you my predictions for who I believe will be the best Over-The-Counter hearing aid companies as we enter 2023, coming up!

And while you're at it, if you have not yet hit that subscribe button with notification bell, what are you waiting for? Because that will let you know, every single time I publish a new video and I publish multiple new videos every single week. That being said, I really appreciate it. Now let's start taking a look at some of these over the counter hearing aid companies that we're gonna see right away. First is a company called sound wave sound wave is based out of Oakbrook, Illinois, just outside of Chicago. And I've been keeping my eye on this company for several years now. Their Sontro hearing aids have the making of a very solid over the counter hearing aid. And in my opinion, these hearing aids are even better than what the Bose SoundControl hearing aids were primarily because their Ototune app allows you to take a hearing test.

So you can customize your devices to your hearing loss. The app was even successful at identifying my asymmetrical hearing loss, and it even gave me a recommendation to go see a hearing care professional, which tells you that this company's intentions are in the right place. I expect to see this company take off in 2023, and I wouldn't be surprised if they actually make my short list for best OTC hearing aids. Second is a company called Lexie hearing just because Bose abandoned their OTC hearing aid project doesn't mean that that technology just went away. Bose Ventures actually invested heavily in a company called Hear-X and Hear-X owns a company called Lexie who makes Lexie Lumen hearing aids. While I found the Lexie Lumen hearing aids to be a very underwhelming direct to consumer hearing aid, they did take over that technology from Bose and they now have the Lexi B-1, the Bose SoundControl technology that Lexie brought over is definitely better than the technology that they had in their Lexie Lumen hearing aids.

And when I say better, I mean much better. The question will become without the research and development of Bose, will Lexie be able to develop these devices to be better in the future, or will they fall by the wayside compared to other OTC hearing aids? And on top of that, I'm not quite sure Lexie has the notoriety in order to make sure that these devices get to market as effectively as possible. I also believe that this particular company is going to have to figure out a way to make technology that is rechargeable, and that has Bluetooth streaming. Because as of right now, the Lexie B-1 one does not have either of those capabilities. Third on the list is a consumer electronics company that you're probably already familiar with called Jabra. In 2022, Jabra released a self fitting hearing aid called the Jabra Enhance Plus. What started out as a low-cost self fitting hearing aid that needed to be dispensed by a hearing care professional will now turn into a direct to consumer over the counter hearing aid Jabra is owned by GN and GN also happens to own a hearing aid manufacturer called ReSound.

So when it comes to research and development, Jabra is not going to have any issues making these particular products better. As we head into the future of OTC. On top of that, Jabra already has access to a nationwide network of Certified Jabra Enhance Centers. So you can actually get professional assistance with these OTC devices since nobody has stopped to think about the inevitable issues that will pop up with over the counter hearing aids. Jabra has a leg up on the competition because they will be able to service these hearing aids in your local market, not to mention the Jabra Enhance Plus hearing aids already customizable rechargeable, and they can stream audio into both of your ears from an iPhone fourth on the list is the largest hearing aid manufacturer in the world called Sonova. Sonova already launched a direct to consumer hearing aid in Australia in 2021 called the HelloGo.

I fully expect to see this product or a product that is very similar to it hit the United States market. At some point in early 2023. I don't think that anyone would be surprised if this product is a very solid OTC device since it's being manufactured by one of the biggest manufacturers of hearing aids in the world, this device should be fully customizable, rechargeable, and have Bluetooth streaming capabilities from both Android devices and apple devices. And they will likely have a nationwide network of hearing care professionals who are going to be able to service these devices in your local market as well. Of course, as soon as these over the counter hearing aids hit the market, I'm going to be doing a detailed video review. So again, make sure that you are subscribed to my channel with notifications turned on. If you do not want to miss those reviews, the fifth company on the list is Eargo.

Now this should not come as surprise to you because Eargo has been selling direct to consumer hearing aids for several years. Now, this company has had a rough time over the past year or so, but they just got a cash infusion of a hundred to 125 million from a healthcare venture capital firm that will help this company recover from that and actually push forward into the future. Creating new over the counter hearing aid tech ergo is unique in that their technology is the only technology that is an invisible in the canal hearing aid that is completely rechargeable. Essentially. They are suspended inside of your ear canal with something called Flexi-Palms that helps them feel pretty comfortable inside of your ear canals, but not visible hardly at all, of course, due to their small size. They do not have Bluetooth streaming capabilities, but they do have some app control.

So you can customize them a little bit. I was pretty impressed with my ear, go six review that I did a couple months back. If you ask me, I believe that the ear go devices will be by far the most expensive over the counter hearing aids that you can purchase. Because as of right now, even before the over-the-counter hearing aid guidelines, they are retailing these for around $3,000 for a pair. Just to give you a reference point here, you can get a lot of prescription hearing aids that are professionally fit at your local clinic for much less than that. I expect to see the Eargo OTC hearing aids to be primarily sold online, but I also expect to see them in Best Buy. So if you do need local support, you're probably gonna be getting that local support from a part-time Best Buy employee, but don't worry.

You could probably also take them into a local Audiology clinic to get a little bit more specialized assistance if you need it. And last but not least the sixth company that I expect to be one of the front runners in the over the counter hearing aid category is Apple. Now, apple has had hearing aid capabilities inside of their AirPods Pro for a couple of years. Now, unfortunately for Apple though, they're gonna actually have to start complying with the over the counter hearing aid guidelines. Otherwise they're not gonna be able to have this feature inside of their earbuds, but since apple has taken a pretty serious stance in the health market, I do expect them to come out with a version of the AirPods pro that has these hearing aid capabilities that are meeting the OTC guidelines due to Apple's manufacturing capabilities and just mass producing these particular devices inside of a consumer electronic.

I do expect these particular devices to be the lowest price point of any over the counter hearing aid out there. However apple is going to have to get really serious in training their genius bar employees to actually understand the capabilities of their AirPods Pro with amplification capabilities, because if they are only trained up as well as they are right now, they are gonna be horrible when it comes to support. Overall, these six companies are just a few of the companies that are going to want to cash in on the OTC craze of 2023. Now all of the devices that I just mentioned that are currently available from these manufacturers, I have reviews of all of them on my channel already. So make sure that you go and check them out. If any of them are interesting to you. And I will have those videos linked down in the description.

At the end of the day, I am super excited to see what the future of Over-The-Counter hearing aids has in store, because it is definitely going to increase the accessibility for hearing treatment. That's it for this video, if you have any questions, leave them in the comment section below. If you like the video, please share it. If you wanna see other videos, just like this one, go ahead and hit that subscribe button. Also feel free to check out my new website, HearingUp.com.

Prescription or OTC hearing aids: Which is right for me? 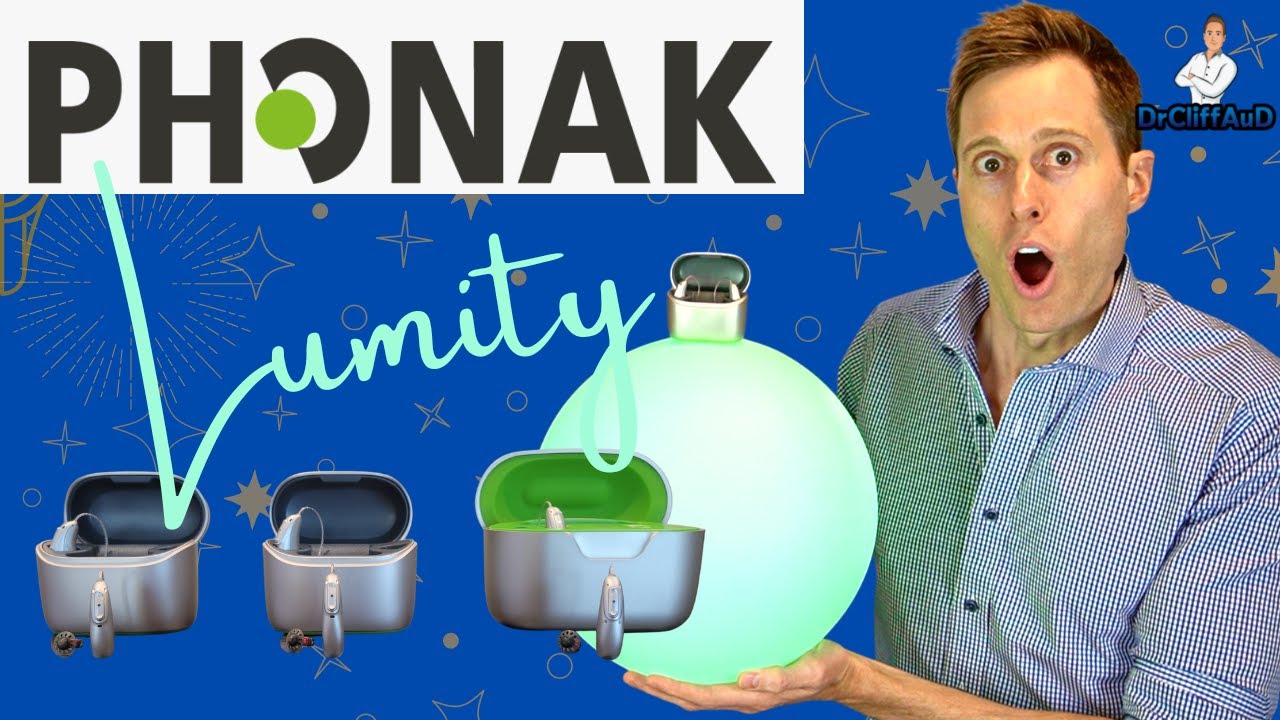 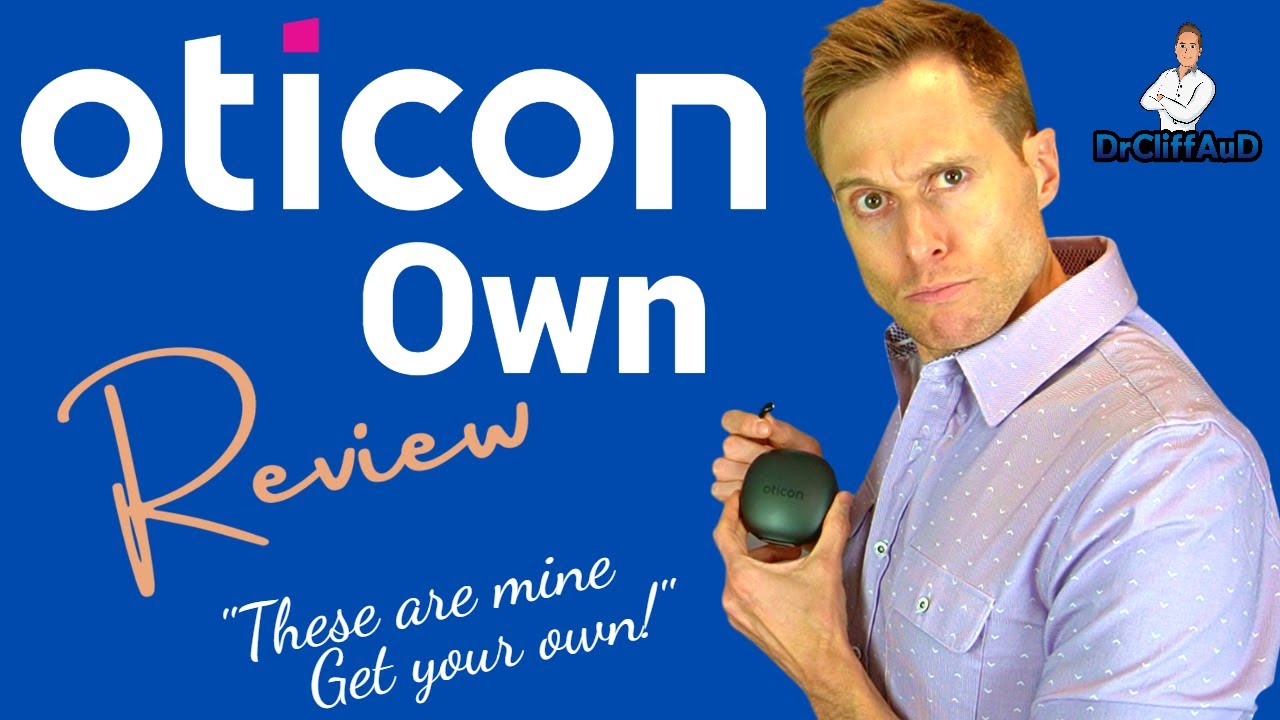 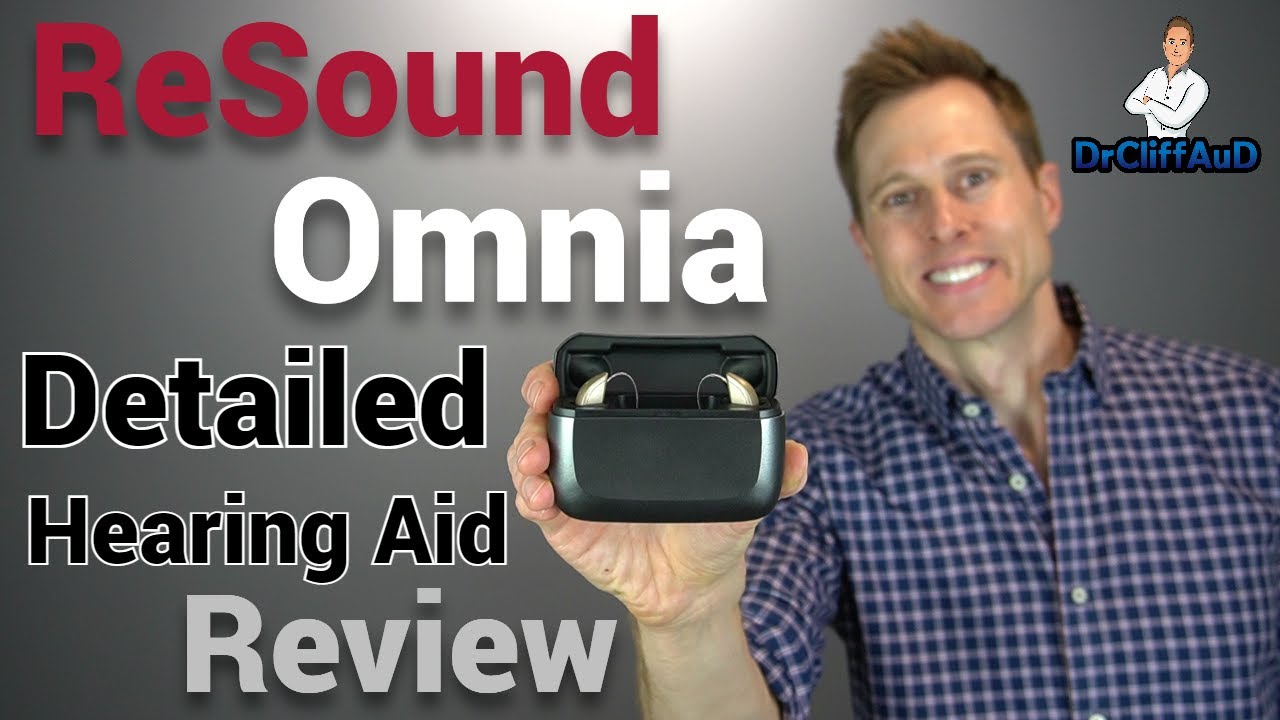 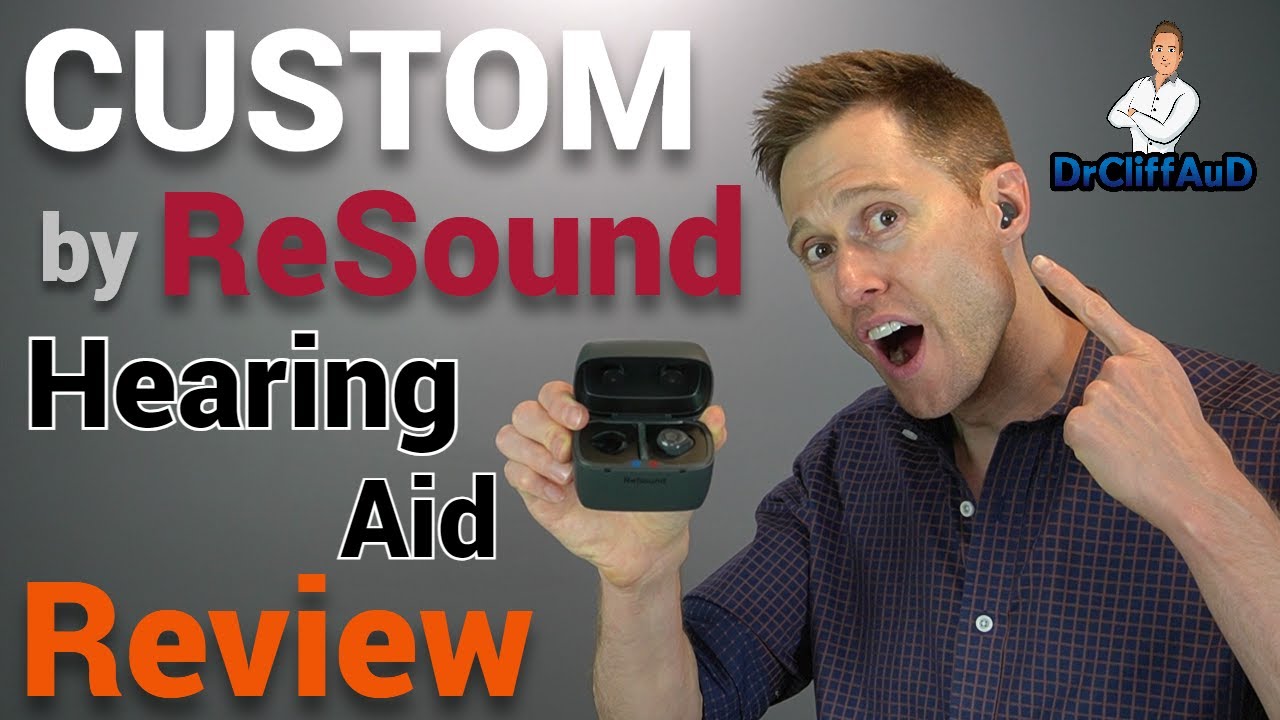 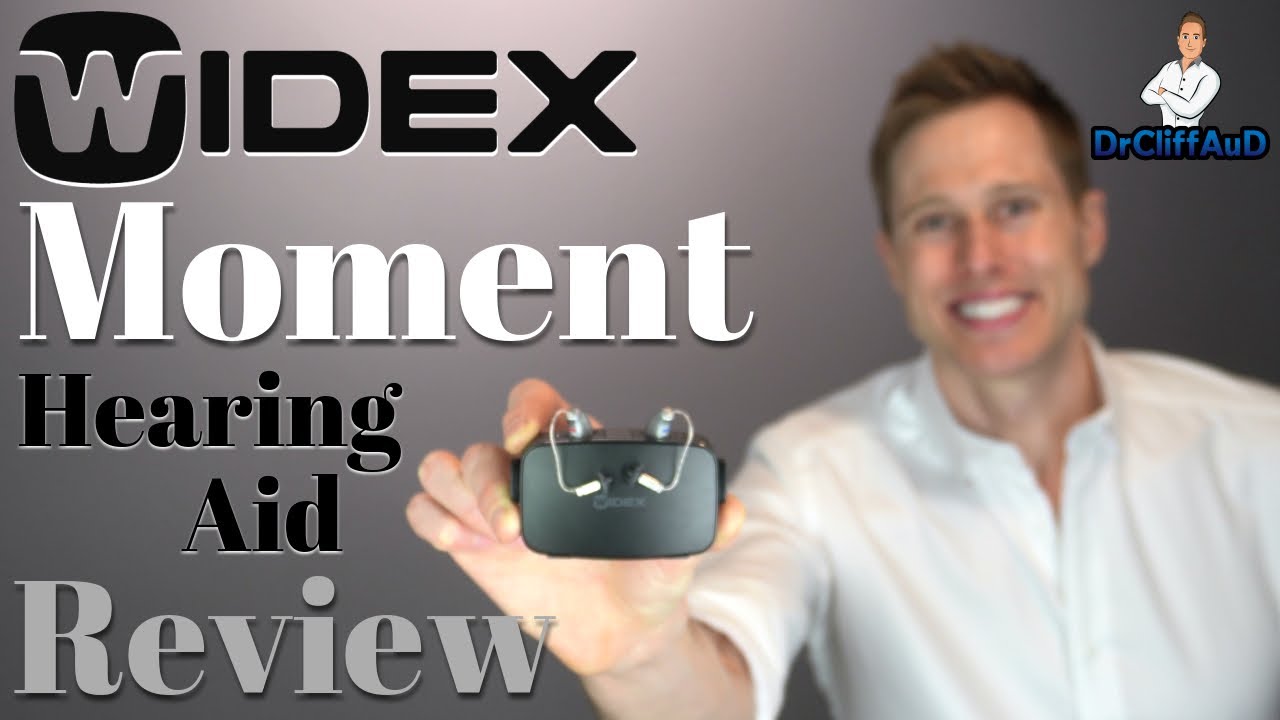 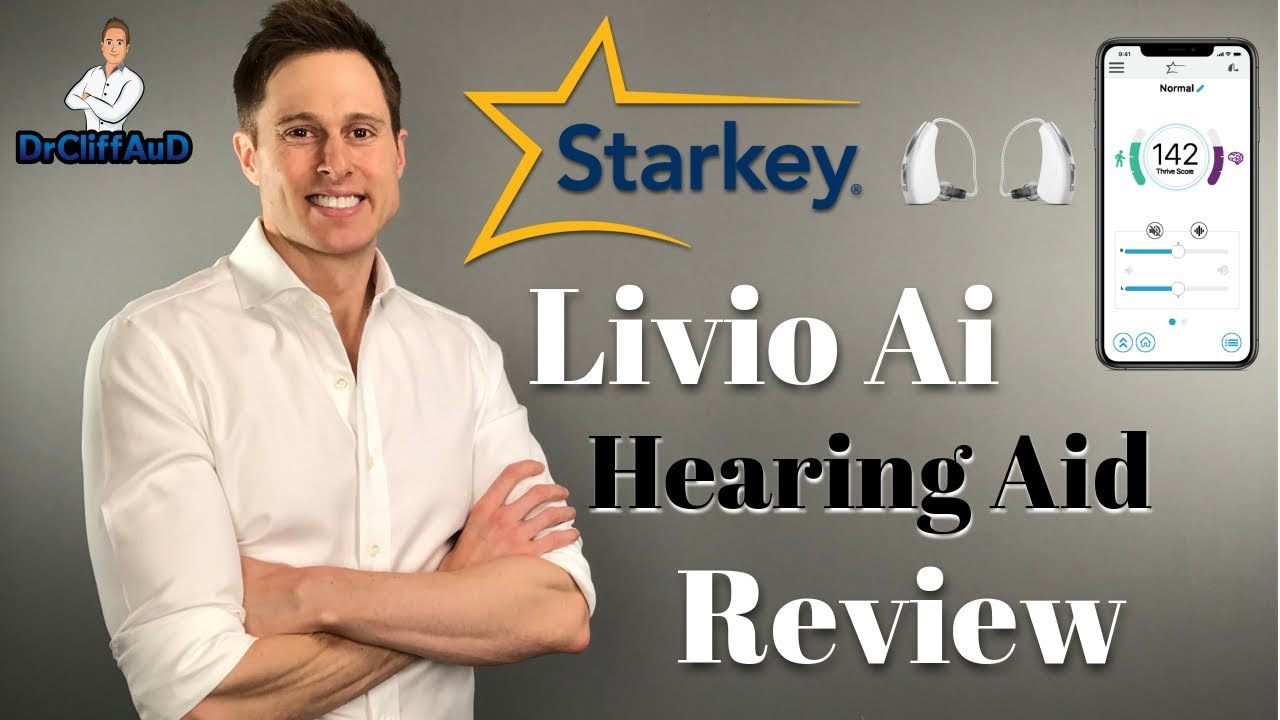 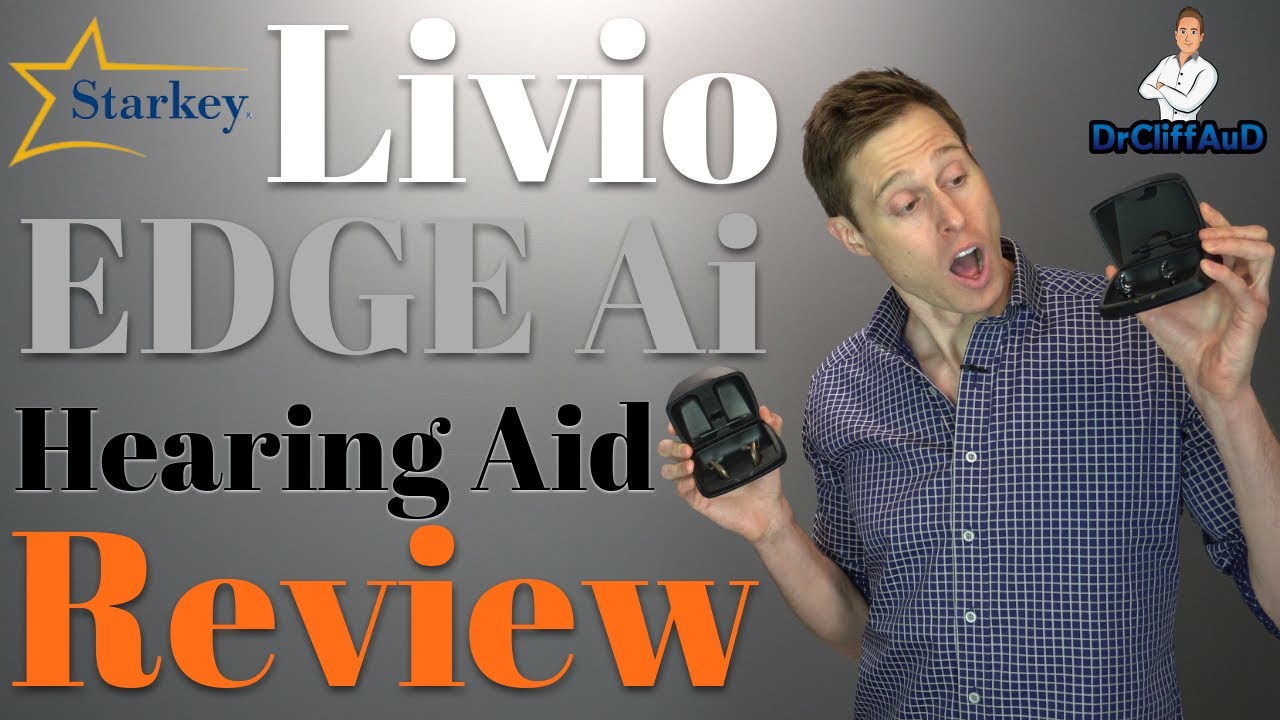 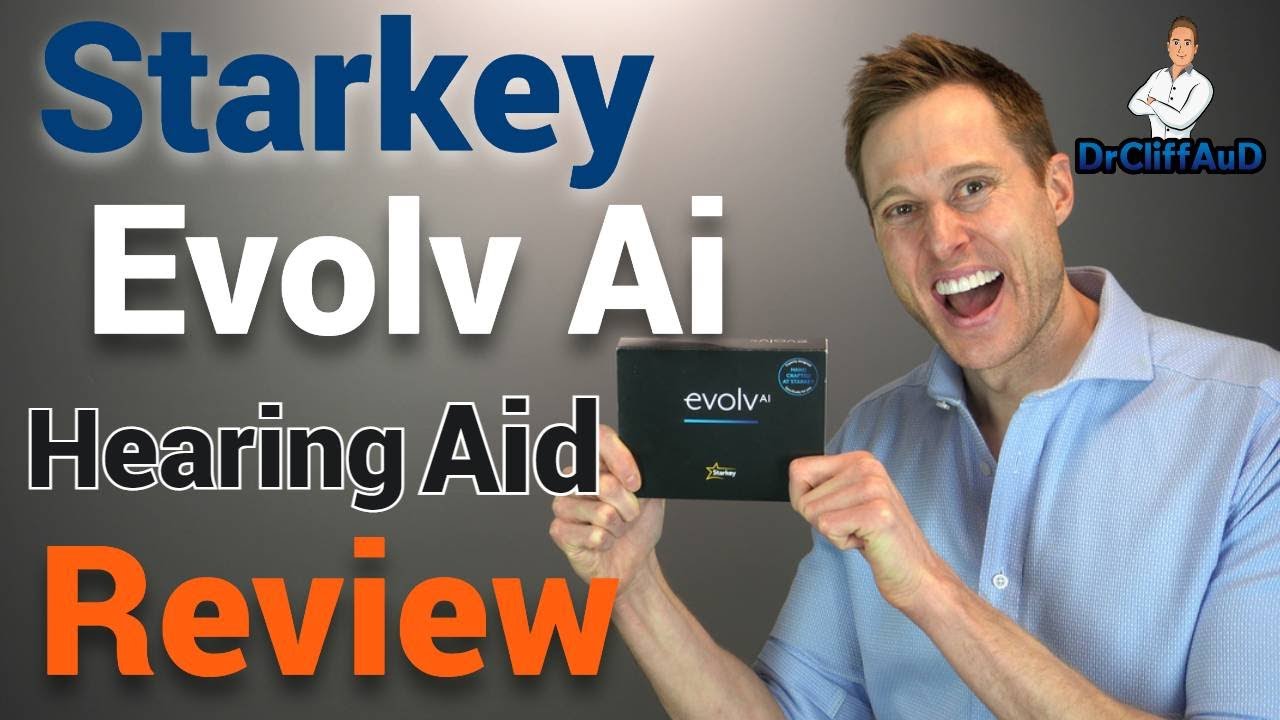 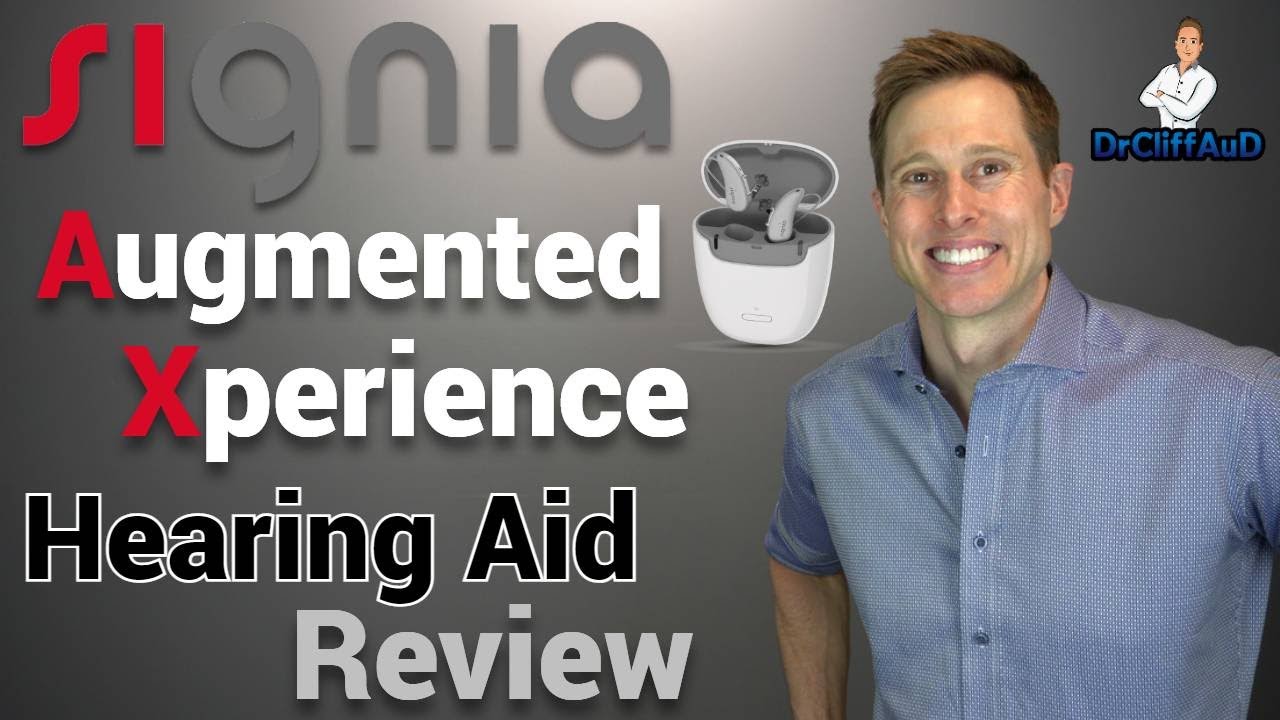 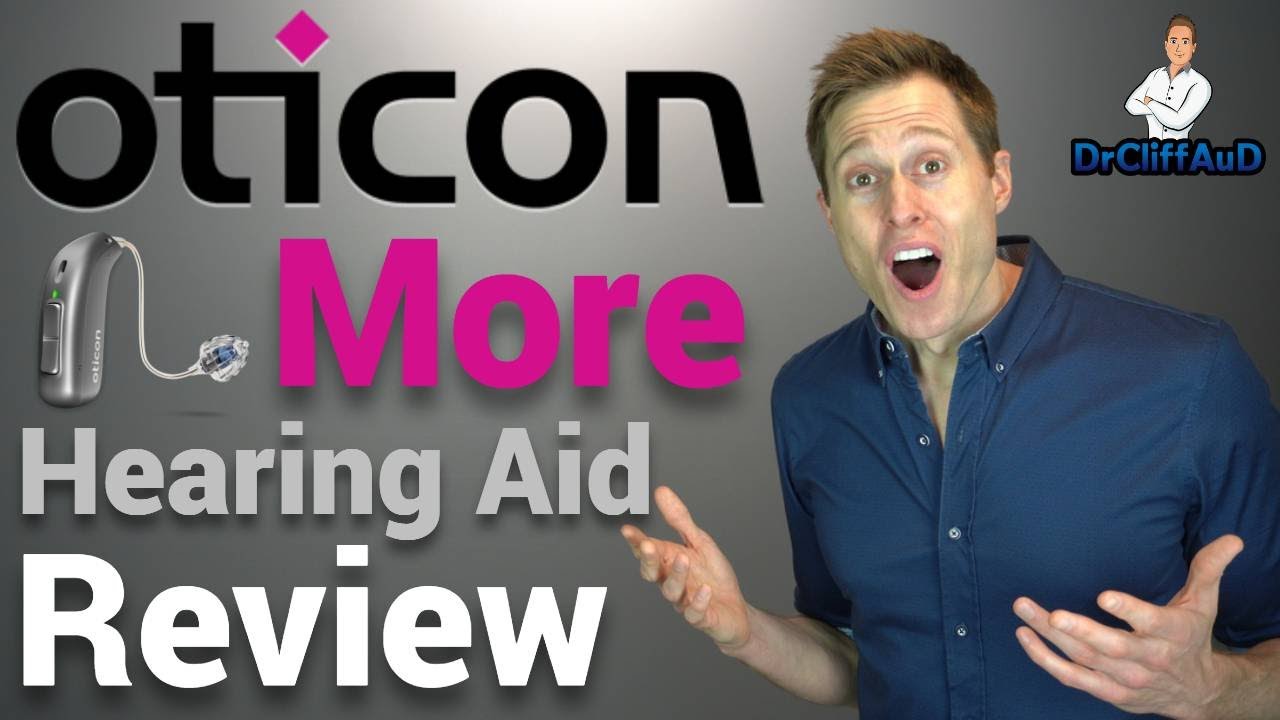 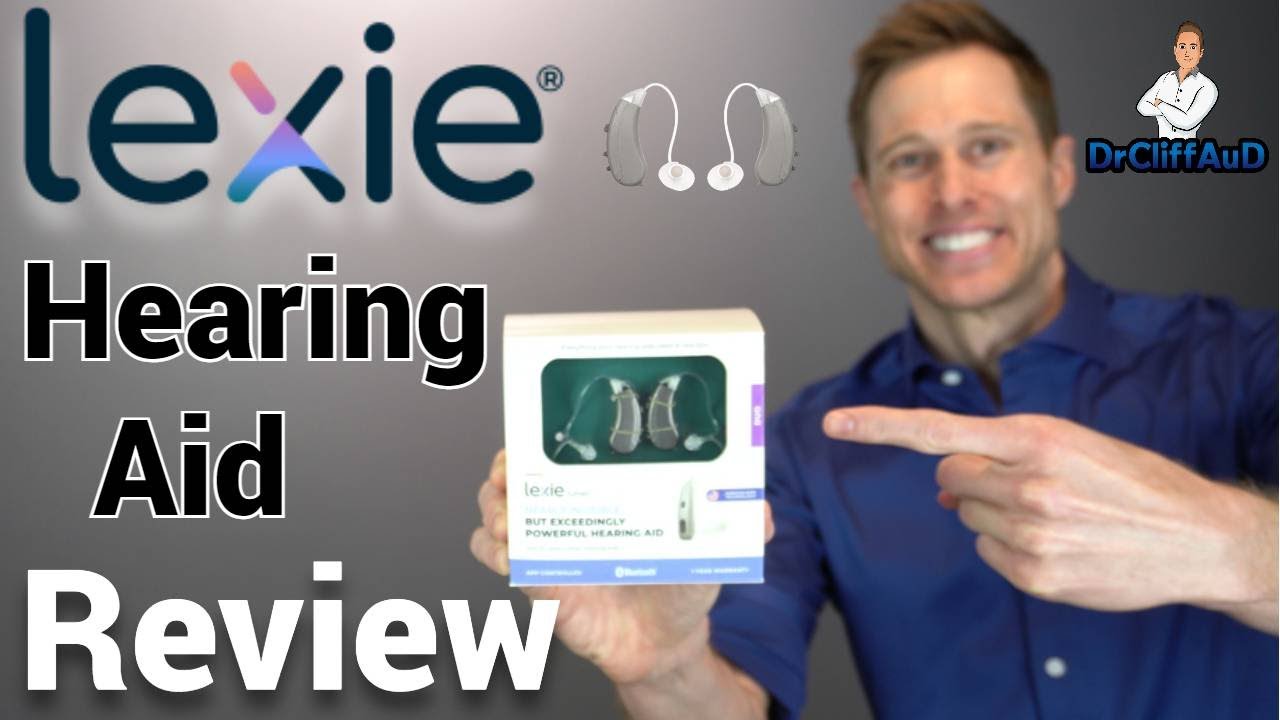 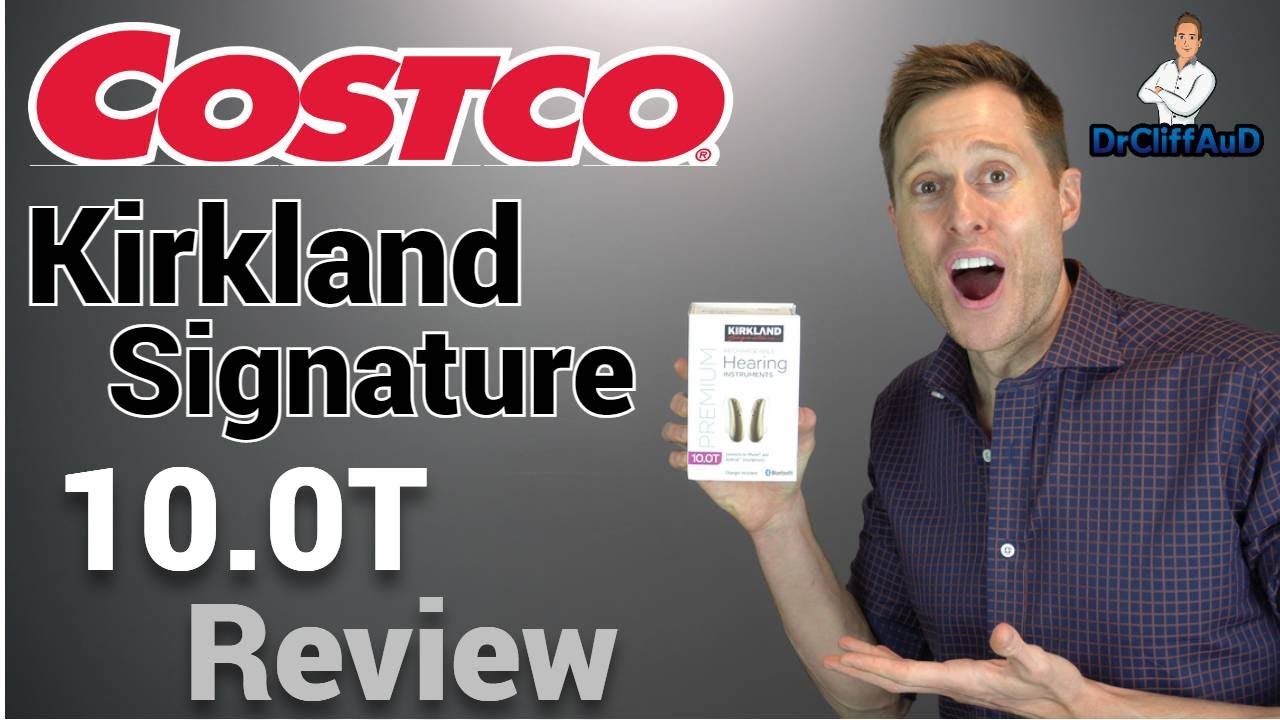 No items found.
Find a Provider
About HearingUp
Dr.Cliff Videos
Our Blog
Hearing Aids
Contact Us
For Providers
Media Inquiries