At-Home Earwax Removal: To Q-Tip or Not to Q-Tip? Earwax: like it or not, everyone has it. If you’ve ever seen one of those “oddly satisfying” videos of earwax removal, you’re probably wondering how you can keep your ears clean at home so you can avoid having your hearing muffled by giant plugs of wax.

First of all, it’s important to dispel a few myths about earwax (or cerumen, to use the technical term). Believe it or not, having earwax in your ears does not mean they are dirty. Its purpose is actually to keep the ears clean and lubricated, as well as to protect them from bacteria, fungus, water, dust, and debris. For most people, earwax will naturally migrate out of the ear on its own. It is only when the wax is not able to make its way out on its own that it can become a problem. This is usually due to genetic factors such as ear canal size and shape as well as the amount of earwax produced. When the earwax gets to a point where it is blocking the ear canal, it is referred to as a cerumen impaction, which can cause hearing loss, dizziness, itchiness, or pain in the ear.

If you are concerned about earwax, your best bet is to have your primary care physician or audiologist look at your ears and perform any necessary removal procedures.

They will be able to make a recommendation for how often you really need to have wax removed, which is usually a lot less often  than you would think. If you want to see how much wax you have in your ears without having to make a doctor’s appointment, you can get a digital otoscope (or ear camera) such as the Ear View MD, which connects to your phone so you can look for yourself.

When you look in your ear, you should be able to clearly see your eardrum (you may need to pull up and back on the top of your ear to get a clear shot). Having some wax present is normal, but if it starts to block your view of your eardrum, it may need to be professionally removed. If you see redness, swelling, or anything that doesn’t look right, you should book an appointment with your physician to get it checked out.

Of course, there are still ways you can keep on top of earwax at home. While seeing a professional is always going to be your best bet, here are some do’s and don’ts for at-home cerumen management.

Q-tips get a nasty reputation as an audiologist’s worst enemy, and for good reason. As a rule of thumb, you should avoid placing anything larger than your elbow in your ear. Regular q-tip usage can actually lead to more cerumen impaction because it pushes the wax even deeper into the canal. We one time saw a patient for an earwax removal where the “earwax” blocking his ear was actually the head of a q-tip that had come off inside his ear! It is also very easy to accidentally rupture the eardrum if the q-tip is inserted too deeply. If you do use q-tips, stick to only the outer portion of the ear to prevent causing further issues.

Ear candling may look cool, but at its best it has no effect and at its worst it can lead to serious injuries from burns. Heating the earwax does not pull it out of the ear, and the impressive residue ear candling seems to collect is really… just candle wax. In general, it is probably not a good idea to put fire anywhere near your face, especially if there is a chance of hot wax dripping into your ears. Thanks, but no thanks.

You’ve probably seen plenty of Facebook ads for “the best new tool for earwax removal!” They usually come with a sleek animated video showing them catching and removing the wax, whether it be by using their “miracle wax vacuum” or “patented spiral technology.” Some may claim that through the miracle of garlic oil all of your ear problems will disappear. Good news for you: we bought these products ourselves and tried them out. The not so great news: so far, none of them have worked to remove the wax, so it’s best to save your money on these. And please, don’t put garlic oil or anything else from your pantry in your ears unless you love having ear infections.

The best way to clean your ears at home is with water. When you are in the shower, you can tilt  your head to direct the stream into your ears, then dry them after with a towel. You can also purchase at-home irrigation systems, such as the Wax Blaster MD, that allow you to spray a gentle stream of water in your ears to remove wax. If using an irrigation system, it will be easier if you find someone to help you so they have a better visual. Aim the stream around the edges of the ear canal and avoid spraying it straight in, as it will not be very effective and may hurt if it directly hits your eardrum. Always work slowly and with gentle pressure. This is a technique that is commonly used by audiologists and is the safest to try at home.

If you do not experience success irrigating your ears at home, it is best to see a professional at that point to help you fully get the wax out. A word of warning: if you have tubes in your ears, have had surgery on your ears, or are worried you might have ruptured your eardrum, DO NOT put water in your ears without consulting with a professional first to determine if it is safe.

At home earwax softeners such as Debrox are another great solution for safe at-home cerumen management. These either dissolve or soften earwax enough that it is able to work its way out on its  own, or at least make it easier to remove. This is a very safe treatment and is one we often recommend to patients with chronic wax issues.

Many of the ear cameras you will see online come with curette attachments. Curettes are another effective tool for removing earwax that is widely used in audiology practices. They are very effective at cerumen removal…when used correctly. If you do use these tools, it is important to practice extreme caution as they can very easily cause severe damage to your ears if used incorrectly.

You can puncture your eardrum, or cause heavy bleeding or hematomas by scraping the thin, delicate skin inside your ear canal. Since it is skin sitting directly on top of bone, scrapes inside the ear canal are very painful. If you have any doubt, or if the wax is too deep inside your ear canal, it is highly advised you see a professional rather than potentially injure yourself with a curette.

There are a lot of options out there for cerumen management, but outside of seeing a professional, the safest, most effective at-home treatments are gentle irrigation with water or cerumenolytic drops (often marketed as earwax softeners). Other treatments will either do nothing (except waste your money), make the problem worse, or even cause serious injury to your ears. For most people, the best way to keep your ears clean is to leave them alone and they will clean themselves. Brianna Cole is a second year Doctorate of Audiology student at Arizona State University, where she is co-president of the Student Academy of Audiology chapter. She completed her Bachelor of Arts in Speech Science at the University of British Columbia. She started her career in Audiology at Applied Hearing Solutions as Dr. Cliff Olson's direct Audiology Assistant. A hearing aid user herself, Brianna is passionate about helping people hear their absolute best. Find a local hearing healthcare provider that has been personally vetted by Dr. Cliff and verified to use Best Practices in Audiology. 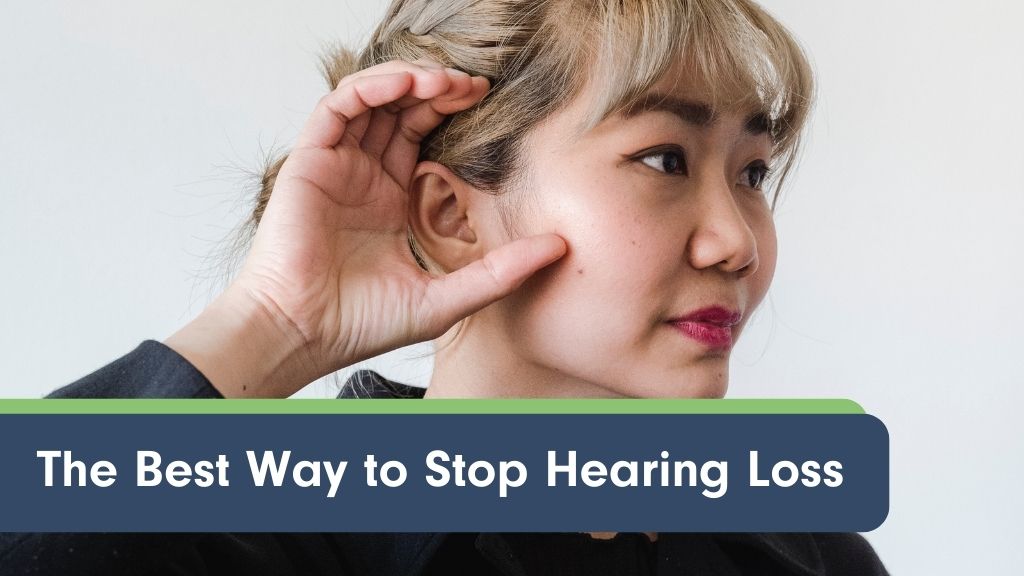 DID YOU KNOW that one-third of hearing loss cases are completely preventable?